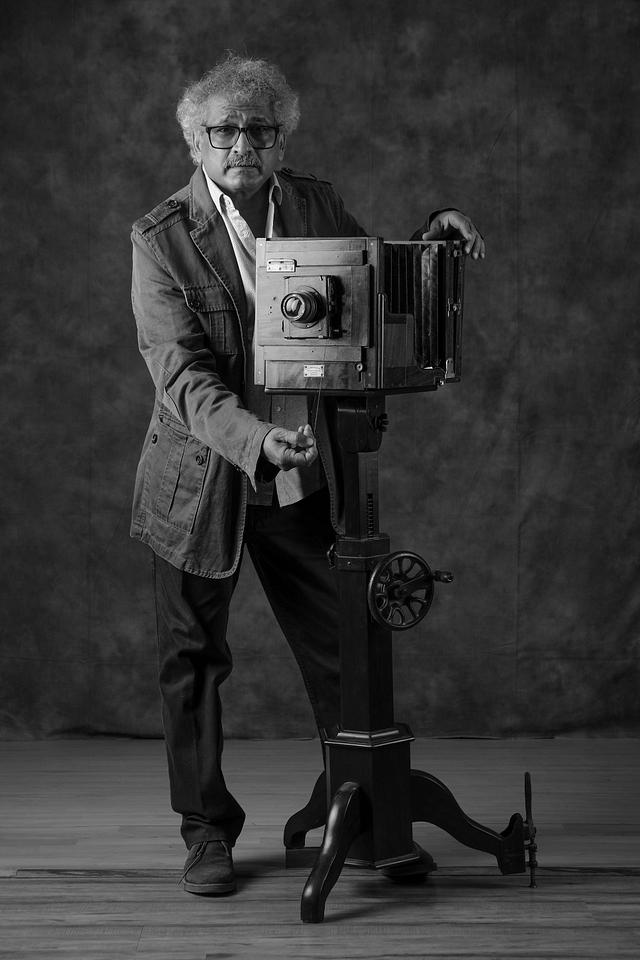 ADITYA ARYA an eminent commercial and travel photographer, Aditya Arya began professional photography in 1980 after graduating in History from the St. Stephen’s College, Delhi University. He wears Many Hats and has been a still photographer in the film industry in early eighties  After a brief stint in the Mumbai Film Industry he moved back to Delhi.

In addition to his wide-ranging Commercial and Travel portfolio, his work has been published widely in books and travel magazines around the world. He is known for his expertise in the field of advertising and corporate photography, specialising in Products, Interiors and Food.

He led expeditions and treks for some of the leading travel outfitters in 80's and 90's all over the Himalayas.

Over the last few years, he has been completely immersed in the subject and practice of photographic conservation. He has honed his skills and knowledge on preservation, restoration and archiving. He has played a pivotal role in the establishment of India Photo Archive Foundation and the Neel Dongre Awards/Grants for Excellence in Photography.

At present,he divides his time between his photography archive and Museo Camera it is the largest not-for-profit photography museum in South-East Asia. A  unique partnership between India Photo Archive Foundation and The Municipal Corporation of Gurugram, Museo Camera is one of a kind in India with 18,000 sq. ft. of space dedicated to the art and history of photography.
With more than 2000 rare and iconic cameras and other equipment, this museum traces the history of photography from the 1870s to the Digital Era.

Today in the fast paced world of megapixels he is also immersing himself in the slowness of analog processes and at the same time slowing down many born digital photographers and artists by mentoring them.

He has been on the Jury of the National Art Exhibition 2014 organised by Lalit Kala Akademi and many other national shows. He has also curated several shows of archival and contemporary visual works, both nationally and internationally. These include the National Gallery of Modern Art, New Delhi,Mumbai ,Bangalore and the National Museum, New Delhi,Salarjung Museum hyderabad and several galleries and museums in Canada, London, France, Spain.

He  was a guest faculty at Sri Aurobindo Centre of Art and Communication and also previously at the Jamia Millia Islamia University’s Institute of Mass Communication. He  was also a mentor at Habitat Photosphere, a photography festival initiative by Visual Arts Galley, India Habitat Centre. He was also the Director at the Academy for Photographic Excellence (APEX), one of the India’s leading photography academies based in New Delhi, and a Guest Fellow and Curator at the Indian Institute of Advanced Study, Shimla.

Aditya’s passion for working with his hands extends to his farm where he grows a range of pesticide  free vegetables and medicinal plants.